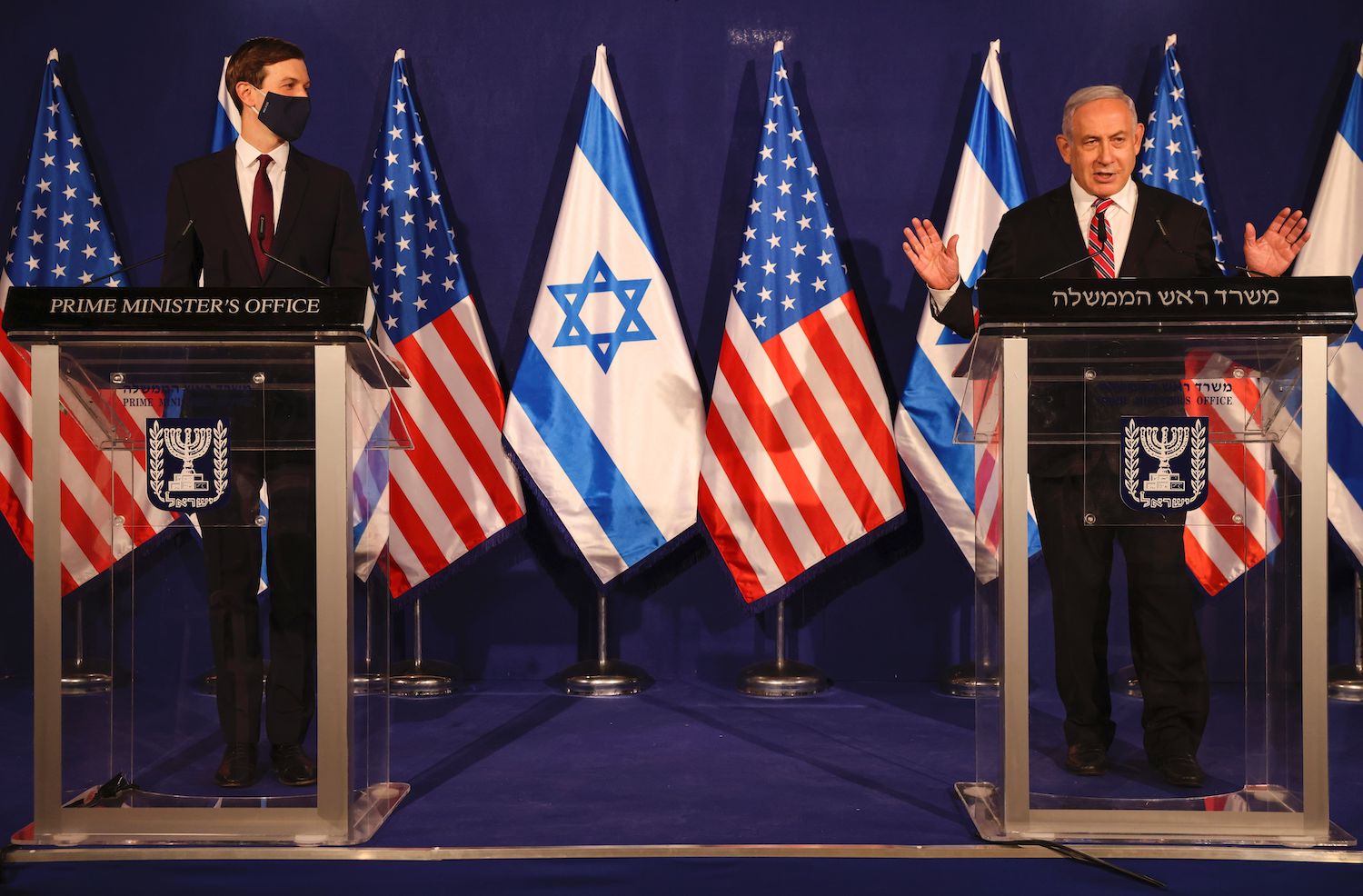 Israel’s parliament has passed a preliminary bill to dissolve itself, a move that threatens to break apart an already fractured coalition government and trigger a fourth election in less than two years.

Wednesday’s vote, which is not final and requires further readings, was largely seen as a gambit by Benny Gantz, the former head of the opposition who reluctantly joined Benjamin Netanyahu’s coalition this year to assert his authority.

The bill passed 61 to 54, with the potential for further legislation to formally dissolve the house as soon as next week, which would lead to an election in the spring. Gantz’s Blue and White party pushed through Wednesday’s bill with support from smaller opposition parties.

In a televised speech on Tuesday night, Gantz, who serves as defence minister, accused the country’s longest-serving leader of lying and sidelining his demands, in particular, a proposed budget.

“Netanyahu likes to compare us to the most progressive and successful countries in the world,” Gantz said. “Show me one other country where a prime minister sabotages his own country’s budget.”

However, he added elections could be avoided if the prime minister agreed to the budget. He said: “Netanyahu, the burden of proof is on you.”

Shortly before Gantz spoke, Netanyahu released a video on Twitter speaking out against the move. “Now is not the time for elections,” Netanyahu said. “Now is the time for unity.”

Negotiations between Blue and White and Netanyahu’s ruling Likud party are expected to continue in the coming days in the hopes of avoiding a costly election.

Under the terms of the coalition government formed in May, Netanyahu serves as prime minister for the first 18 months, after which Gantz will take the leadership role for the remainder of a three-year term.

By agreeing to that deal, Gantz, who entered politics primarily on the promise to oust Netanyahu, disappointed his voters and his own party, which broke apart into factions. Gantz said he acted to end a political crisis during a pandemic after three back-to-back elections failed to produce a clear winner, and that he intended to work with Netanyahu.

“I was well aware of his track record as a ‘serial promise-breaker’, but I thought that the people of Israel are more important than one leader, and that Netanyahu would rise to the occasion. Much to my dismay, that didn’t happen,” Gantz said on Tuesday.

For Netanyahu, the unity deal was largely seen as a career-saver, and possibly a chance for him to skirt his legal woes. The 71-year-old politician is a deeply divisive figure and faces three damning criminal corruption cases on charges he denies.

“Netanyahu is on a path of personal survival. The only index for his decision-making is relevance to his ability to evade trial, which is just around the corner,” Gantz said, in reference to hearings next year.

Opposition voices in Israel have said Netanyahu never intended to rotate the prime minister position to Gantz, and prefers to fight another round of elections that could give him a more stable government.

“[Blue and White] was the victim of the most sophisticated political sting operation ever, managed by a first-class, master swindler,” wrote Yossi Verter in Haaretz, a paper deeply critical of the prime minister.

“The prime minister’s ultimate goal is to evade trial. Either by legislation, or by appointing an attorney general who will delay the proceedings, or by any other way his partners in the next coalition will make available.”