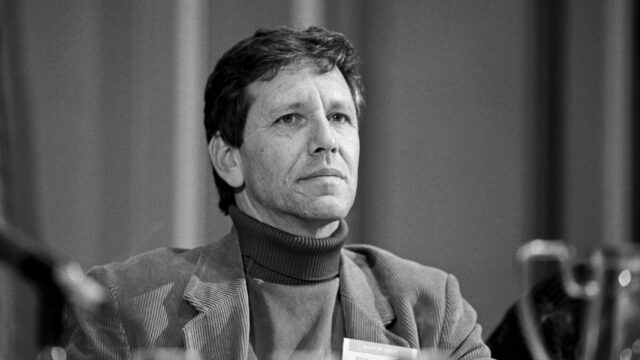 The daughter of the late Israeli author Amos Oz has alleged that her father subjected her to “a routine of sadistic abuse” in a new memoir, claims that have been challenged by his family.

Galia Oz, a children’s author, published her autobiography, Something Disguised as Love, in Hebrew on Sunday. “In my childhood, my father beat me, swore and humiliated me,” she writes, in a translation published by the newspaper Haaretz. “The violence was creative: He dragged me from inside the house and threw me outside. He called me trash. Not a passing loss of control and not a slap in the face here or there, but a routine of sadistic abuse. My crime was me myself, so the punishment had no end. He had a need to make sure I would break.”

Amos Oz, who died in 2018 at the age of 79, was one of Israel’s most acclaimed authors, frequently tipped as a contender for the Nobel prize for literature. A writer of fiction and non-fiction, his best-known works included Black Box, In the Land of Israel and A Tale of Love and Darkness. When Oz died, Israeli president Reuven Rivlin called him “our greatest writer” and “a giant of the spirit”.

Fania Oz-Salzberger, Galia’s sister and Amos’s daughter, and an author herself, said in a statement that she, her mother Nili and brother Daniel “remember differently” to Galia.

“We have known all our lives a very different Amos, a warm and affectionate man who loved his family deeply and gently,” she wrote. “He devoted heart and soul to us. The vast majority of Galia’s accusations against Amos squarely contradict our three lifetimes of loving memories of him.”

“To his deathbed, Amos tried and hoped to talk with Galia again, to listen, to understand, to grasp even the claims that contradicted reality as he and we saw it,” Oz-Salzberger wrote. “Galia’s pain is palpable and heartbreaking. But we remember differently. Astoundingly differently.”

In a lengthy post on Facebook, translated by Haaretz, Daniel Oz wrote that his father “wasn’t an angel, just a human being. But he was the best man I ever had the privilege of knowing. In contrast to us, my middle sister Galia remembers that she experienced tough parenting and abuse from our father. I’m certain – that is, I know – there’s a kernel of truth in her statements. Don’t erase her. But don’t erase us, either,” he wrote.

The Times of Israel reported that the writer Yehuda Atlas, a friend of Galia Oz, told Israeli radio station Army Radio that he knew about these stories.

“It’s difficult for us leftists, Amos Oz was our golden prince, but it seems even the moon has a dark side,” Atlas said.