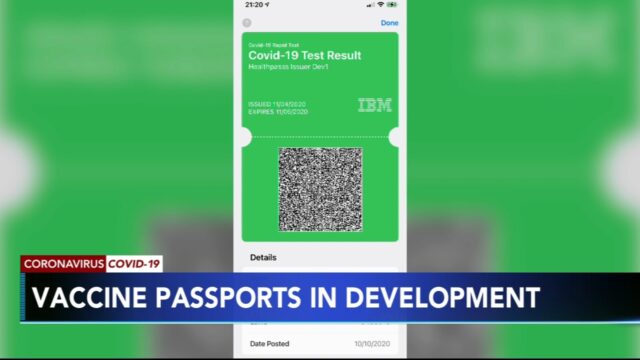 As the UK and other governments consider whether to give Covid-vaccinated people certificates that allow entry to bars, hotels, and swimming pools, one country, Israel, has already deployed its “green pass”.

The state of 9 million, which has administered jabs to half its population, released an app a week ago that shows whether people have been fully inoculated against the coronavirus or if they have presumed immunity after contracting the disease.

Malls and museums have reopened for all, but green pass holders get exclusive access to gyms, hotels, theatres, and concerts, albeit with some limits. Indoor dining in restaurants and bars is due to be included in the green pass scheme next week.

Life has not got “back to normal”, but it appears to be on its way. Street-side shops are reopening; hotels are accepting bookings; even live music is reemerging from its long slumber. And while masks remain mandatory, many older people who have already been vaccinated have stopped wearing them outdoors.

Armin Grunewald, the director at the Hagoshrim Hotel and Nature, near the Sea of Galilee, said nearly all rooms were filled with green pass holders. “People are looking happy and liberated,” he said. But it is not like pre-pandemic days, he added, and some Covid rules remain in place.

Guests who have attempted to drink coffee in the lobby were told by staff to go outside as there are limits on how many people can be indoors.

“We are giving guests packed breakfasts in their rooms or outside because we can’t open the restaurant yet,” Grunewald said. “There are some complaints about the restrictions.” Meanwhile, under-16s who are not eligible for coronavirus shots need to provide a recent negative test.

In the city of Rehovot, a history teacher, Amit Dolev, 50, has been using his green pass to get back to the gym after months of home workouts. “You start to feel like a prisoner all day home,” he said.

However, when he went back to the gym last week, only a few other people were there and the equipment was spaced out more than usual. “People looked sad,” he said. “Many who workout at a gym also do it for the social life. To my regret, I think at this stage, it doesn’t exist.”

Shaul Elkana, the manager of the Jerusalem YMCA Sports Center, said: “The flow of people coming back is slow. We are talking about 30% of our subscribers.” Most clients were over 50 as they are more likely to have had both Pfizer shots.

The Israeli system is similar to a British proposal announced last week in which an app would prove someone’s Covid status on entering pubs or theatres in England.

Boris Johnson, the prime minister, said there were “deep and complex” issues that needed to be considered first. “Ethical issues about what the role is for government in mandating people to have such things, or indeed banning people from doing such a thing,” he said.

Vaccination pass proposals have already prompted a backlash from privacy campaigners and rights groups in other countries. Germany’s ethics council, an independent body that advises the government, has said special conditions for the inoculated might encourage an “elbow mentality”.

In Israel, there is concern that the unvaccinated population, whatever their reasons, will be left behind or shunned. Small protests warning that green passes create a new hierarchy in society have been held.

Fresh ethical questions were raised last week when the Knesset, the country’s parliament, agreed to give local authorities personal details of unvaccinated residents to help them carry out targeted inoculation campaigns. Tamar Zandberg, a lawmaker, said it was a “slippery slope” for personal privacy.

Israel has also recorded a modest but worrying rise in infections that could stall its green pass plans or even threaten a fresh lockdown.

Dr Sharon Alroy-Preis, the director of public health services in the health ministry, said the 7 March date to open restaurants and bars to people with green passes could be pushed back.

“We have to see how we do this in an orderly manner,” she told Army Radio. “We will have to see what the infection situation is throughout that reopening.”

The government is being cautious and has held off on what for many is the most exciting potential of a green pass: international travel without quarantine. It has signed tentative accords with Greece and Cyprus for a trial run in the spring. The UK and the EU are looking at a similar plan.

These discussions have raised other questions. With an already highly unequal international vaccination push, green passes, especially if they relate to travel, would allow citizens of richer, more powerful nations to be first to enjoy the privileges.

Israel is already facing international pressure and condemnation over its vaccination campaign. On Sunday, the country announced it would launch a limited vaccination campaign that focused on the tens of thousands of Palestinians who regularly enter Israel and Jewish settlements for work.

However, most of the several million Palestinians living under Israel’s control in the occupied territories will have to wait.

That disparitywill be made even sharper as more and more Israelis enjoy green passes while Palestinians in the West Bank and Gaza spend further weeks, if not months, under strict pandemic restrictions.