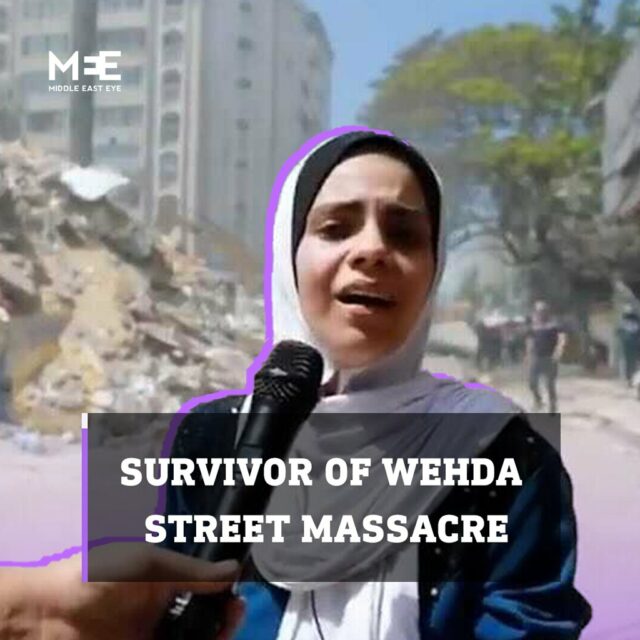 On Tuesday, in my hometown of Tira, which is inside Israel’s pre-1967 borders, the shops were closed and the streets were empty. A general strike had been declared in protest over Israel’s policies, whether the ethnic cleansing in Sheikh Jarrah, the storming of al-Aqsa mosque, or the onslaught on Gaza.

As the Palestinian death toll continues to rise, commentators lament the shattering of coexistence inside Israel between Palestinian and Jewish citizens. Yet in my experience as a Palestinian citizen in Israel, no such coexistence existed in the first place. Coexistence implies a background of equality, freedom and mutual respect. In the context of Israel’s rule over us, however, coexistence is a fiction that conceals a reality of separate and unequal lives.

Like the vast majority of Palestinians inside Israel, I grew up in a separate Arab community and was educated in a separate Arab school system, from kindergarten to high school. As a law student, I was not able to rent a flat in the city of Rishon LeZion because of my background, and needed the help of a Jewish family friend, who signed the lease instead of me – to deceive those who are prejudiced. As a young lawyer, I needed medical treatment after I was assaulted in October 2001 by several baton-wielding police officers; residents of my home town were protesting against the confiscation of land, including that which belonged to my family. Every time I travelled abroad to study, I was racially profiled at the airport.

I have always found it puzzling that so many would argue that the problem lies merely in Israel’s 1967 occupation of the West Bank and Gaza. But the facts are there for all those who want to see them. Israel’s political and legal system is fundamentally unequal. It glaringly omits the formal principle of equality from the bill of rights; it enables hundreds of Jewish communities to exclude non-Jews from residence; its constitutional law declares that Jewish settlement is a supreme value for the state; and Israel’s leaders repeatedly assert that Israel is not a state of all its citizens because it is a Jewish state. Israel’s courts are part of the problem as they sanctioned the colonisation of our lands and our general subordination, our exclusion from basic rights.

Tira used to be an agricultural town. Decades of confiscation, home demolitions, incarceration, and discrimination in education, employment and welfare made my town, like virtually every Palestinian town in Israel, a ghetto with substandard schools and high rates of poverty and crime. Almost 50% of Palestinian families in Israel live below the poverty line – and although we make up, as of 2009, around 20% of the population, we account for 50% of the prison population. Tira became a hub for organised crime in which gang warfare and protection fees are all too frequent. The slogans of the rule of law in Israel ring hollow for those living amid constant insecurity and lawlessness.

A recent Human Rights Watch report rightly highlights the policies of “Judaisation” of the Negev and Galilee as part of an apartheid system. But this policy is also evident in other parts of the country, including the so-called mixed cities that are now the site of riots. “Mixed” is another phrase that conceals the reality of concrete walls separating Palestinian and Jewish neighbourhoods in Lydda and Ramleh. There is no coexistence when the Judaisation of these mixed cities and the expulsion of Palestinian citizens is routinely invoked in municipal elections. With the help of the Israel Land Administration, West Bank settlers and religious zealots established a Jewish-only settlement in Lydda. The constant threat of home demolitions in Palestinian neighbourhoods in Lydda and the unrecognised village of Dahmash near Lydda are not illustrations of coexistence either.

The Palestinian minority has been experiencing such policies for decades, and has protested against them for decades. These protests are often met with deadly police violence, with no accountability for police wrongdoing. In the past few days, people in my town have been sharing videos of police arrests of young men, and of unprovoked police brutality – practices that are reminiscent of police activity in East Jerusalem. Benjamin Netanyahu publicly assured the police not to worry about investigations and commissions of inquiry. Incitement has led to attacks by armed settlers and organised ultra-right groups in Lydda and elsewhere. These groups’ chant of “death to Arabs” is familiar to Palestinian citizens from football stadiums across the country.

Forced displacement, confiscation of lands, an inferior juridical status and incarceration are realities shared by all Palestinians, whether “inside” Israel or in the occupied territories. It is simply wrong to claim that a pre-existing coexistence has been shattered. Palestinians inside Israel are protesting against Israeli policies in Sheikh Jarrah and the bombardment of the heavily populated refugee prison camp that is Gaza because they see the unity and continuity in the colonial system of oppression over all Palestinians. Our protest is asserting the unity of an anti-colonial struggle for equality and freedom.