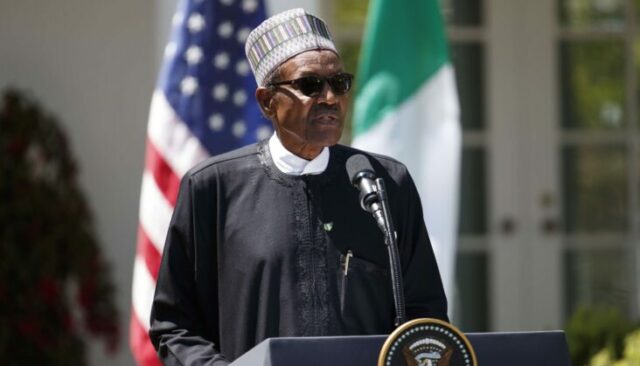 “It’s a hostage negotiation and it has been all along,” said Sherif Mansour, describing the arrest of his cousin Reda Abdel-Rahman by Egyptian security forces last August as an attempt to intimidate Mansour into silence.

Abdel-Rahman has been imprisoned without trial for nine months. Mansour, an outspoken human rights advocate in Washington with the Committee to Protect Journalists, has since learned that he and his father are listed on the same charge sheet, all accused of joining a terrorist group and spreading “false news”.

Mansour is one of a growing number of activists, dissidents and analysts angry at the US administration’s suddenly warm relations with Egypt. They point to Egyptian officials’ escalating threats against critics living in exile in the US, including arresting their family members or contacts in Egypt, many of whom are imprisoned like Abdel-Rahman on spurious charges.

Twelve members of Mansour’s family have been detained and interrogated by Egyptian security agents since Abdel-Rahman’s detention.

“They ask about us, when we last spoke to them, what we spoke about,” Mansour said. “They go through their phones – and if they don’t provide passwords they’re beaten in order to find anything that connects them to us, including Facebook conversations.

“It’s why we haven’t been in touch: I’ve stopped talking to my family in order not to give them any reason to harass them,” he said.

Joe Biden and the Egyptian president, Abdel Fatah al-Sisi, held their first official call in late May, four months after Biden took office. As a candidate, Biden promised that there would be “no blank checks” for the man Donald Trump once addressed as “my favourite dictator”. Yet when they spoke, the two leaders discussed human rights in terms of a “constructive dialogue” and “reaffirmed their commitment to a strong and productive US-Egypt partnership”, according to the White House.

This followed Egyptian mediation of a ceasefire between Israel and Hamas, including a recent rare public visit by the Egyptian intelligence chief, Abbas Kamel, to Tel Aviv, Jerusalem and Ramallah, and Israel’s foreign minister, Gabi Ashkenazi, travelling to Cairo – the first visit by an Israeli foreign minister in 13 years.

HA Hellyer, of the Carnegie Endowment for International Peace thinktank, said: “The latest crisis in the Palestinian occupied territories and the Israeli bombardment reminded DC of a very clear and present reality: that there is no capital in the region that has direct and workable relations with the Israelis and the Palestinians in Gaza and the West Bank other than Cairo.”

Biden’s administration capped his warm exchange with the Egyptian president with a decision to request $1.38bn (£1bn) in annual military aid for Egypt – the maximum amount possible.

A coalition of human rights groups expressed “strong disappointment” at the administration’s decision. “President Biden campaigned on ‘no more blank checks’ for Egypt’s regime, but requesting the same amount the United States has provided annually since 1987 despite Egypt’s deteriorating human rights record is, effectively, another blank check,” they said.

Mansour agreed. “They abandoned the rhetoric calling publicly on Egypt to respect human rights by agreeing to this ‘constructive dialogue’,” he said. “It makes my blood boil to hear this term in many ways. Not just because it’s a repetition of what we as Egyptians, and the United States, have heard from all previous dictators, but it also underscores how naive and timid this administration is when it comes to Egypt.”

Since coming to power in a military coup in 2013, Sisi has overseen the broadest crackdown on dissent and free speech in Egypt’s recent history. Tens of thousands remain behind bars for their political views or for activities as benign as a Facebook comment; Egypt’s prisons are at double their capacity, according to Amnesty International.

The Freedom Initiative, a Washington-based human rights organisation founded by the Egyptian-American activist Mohamed Soltan, has tracked the increasing numbers of arrests of family members of outspoken Egyptians in exile abroad. It said that threatening phone calls and even physical intimidation were now regularly used against Egyptian dissidents worldwide.

“They said they could hire someone here in the States to go after me,” said Aly Hussin Mahdy, an influencer and dissident now in exile in the US. Mahdy described how his family members were detained earlier this year as a way to stop him speaking out against the Egyptian government on social media; his father remains in detention. The threats against Mahdy escalated to menacing phone calls from someone purporting to be an Egyptian intelligence agent after he openly discussed his family members’ arrests.

The Freedom Initiative described what it termed “hostage-taking tactics” involving five American citizens whose families were detained in Egypt in order to silence their activism in the US. In addition, it found more than a dozen cases of US citizens or residents whose close relatives were detained in Egypt last year, although it believes the true number to be far higher.

It added that one US citizen was warned against speaking to US lawmakers on their release from detention in Egypt, and told that doing so would result in harm to their family.

Yet US law contains mechanisms to curb cooperation with countries that threaten US citizens and dissidents abroad. These include the Leahy law, which stops the US funding foreign security forces that violate human rights; the Global Magnitsky Act, which allows the government to sanction human rights abusers and prevent them from entering the US; and the “Khashoggi ban”, curbing visas for those engaged in anti-dissident activities.

The White House did not initially respond when contacted for comment on this issue. The secretary of state, Antony Blinken, told a congressional hearing this week that “I think we’ve seen some progress in some areas” of human rights in Egypt, but that “when it comes to freedom of expression, when it comes to civil society, there are very significant problems that we need to address directly with our Egyptian partners – and we are. So we hope and expect to see progress there.”

US-based activists expressed disappointment at lawmakers’ reluctance to employ sanctions against Egyptian officials, who they say more than qualify for punitive measures.

“The fact that Egypt feels it can get away with taking citizens hostage, and so far it did, will continue to be a stain on the Biden administration,” said Mansour.