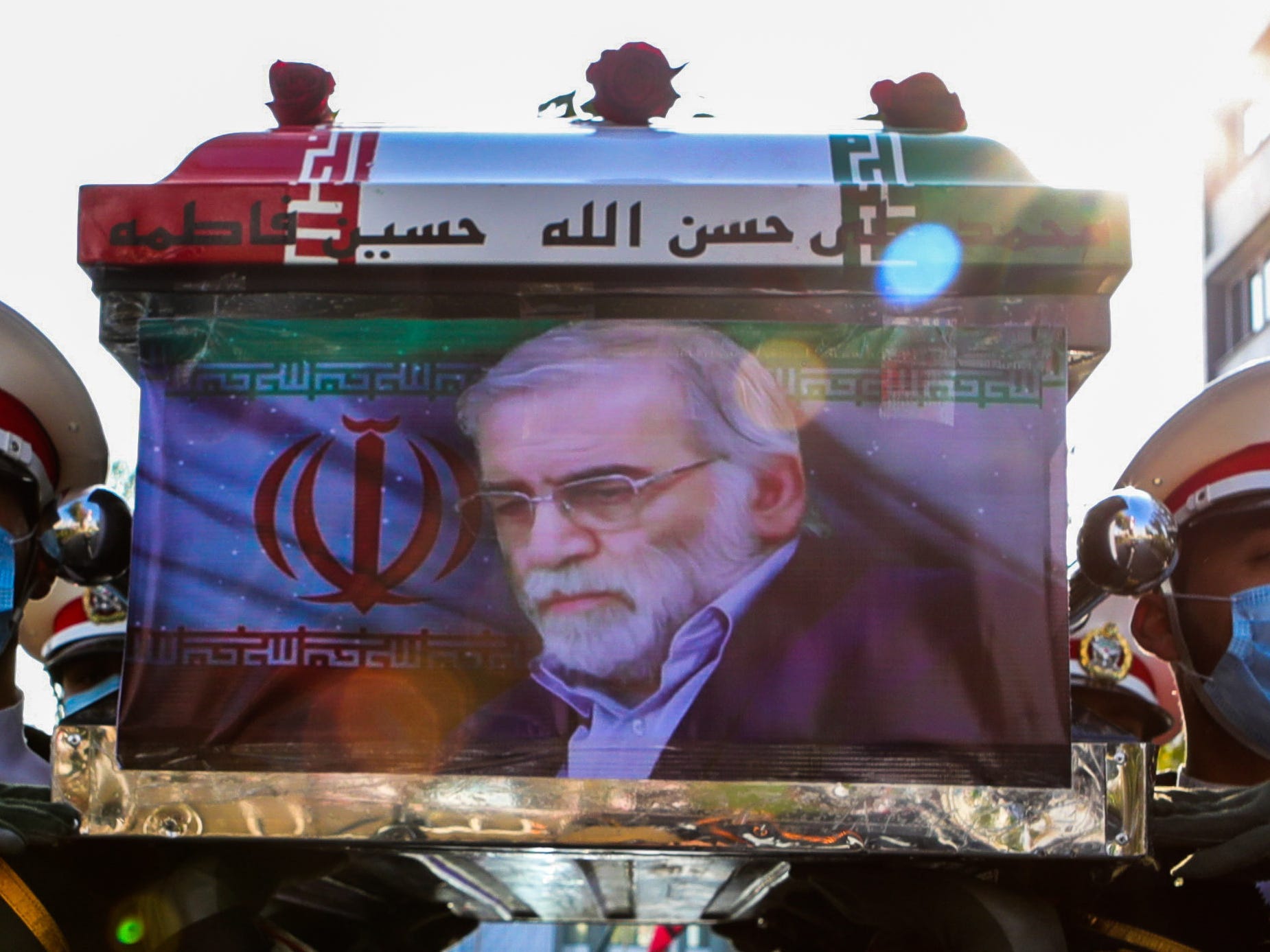 A senior Iranian security official has accused Israel of using “electronic devices” to carry out a remote assassination of Iran’s top nuclear scientist.

Ali Shamkhani, the secretary of the country’s supreme national security council, made the comments at the funeral for Mohsen Fakhrizadeh.

“The operation was very complex and took place using electronic devices, and no one was present at the scene,” he told Iranian media. He blamed Israel, which has not commented on the killing, and said an Iranian opposition group in exile, called Mujahedeen-e-Khalq, had also played a role. He did not provide evidence to back up the claims.

His comments on Friday’s attack differ significantly from initial accounts by authorities stating that Fakhrizadeh was killed in an assault carried out by gunmen using machine guns and explosives.

The Fars news agency reported more detailed claims on Sunday evening, saying the attack involved the use of a remote-controlled weapon mounted on a car. It said no attackers were present at the time of the assassination.

A report said Fakhrizadeh and his wife were travelling in a bulletproof car along with three vehicles for bodyguards when gunfire hit his car. Fakhrizadeh exited the car to check the damage, the report said, speculating that he may have thought he had hit something.

“At this moment, from a Nissan car that was stopped 150 metres away from the martyr’s car, several shots were fired at the martyr from an automatic remote-controlled machine gun,” the report said, adding that one bullet hit his back.

“Moments later, the same stopped Nissan exploded,” it said,adding that the owner of the car, which it did not identify, had left the country a month ago. It said the weapons may have been controlled by satellite.

The Guardian could not independently verify either report, which did not provide evidence, though the technology behind remote-controlled gun stations is established.

Israel has not claimed responsibility or officially commented on the attack.

A retired Israeli intelligence officer said he could not speculate on the feasibility of technology that could carry out a satellite-controlled remote kill, by Israel or any other country.

“I’m no longer in the business,” said Yossi Kuperwasser, a former brigadier general who ran the country’s strategic affairs ministry. He said reports from Iran, which were not backed up by photos, suggested authorities were “wandering around in the dark” in the investigation.

During the past decade, Iran has accused Israel of killing at least five of its nuclear scientists. Fakhrizadeh is considered the most senior and high-profile. Western and Israeli intelligence services had described him for years as the leader of a covert atomic bomb programme halted in 2003.

Israel’s prime minister, Benjamin Netanyahu, painted Fakhrizadeh as a central figure in the programme during a 2018 public presentation, accusing Iran of continuing to seek nuclear weapons.

On Monday, Shamkhani, the Iranian official, said there had been so many intelligence reports of a possible attack against Fakhrizadeh that an accurate prediction of Friday’s attack had been ignored.

He said: “Due to the frequency of news during these 20 years, unfortunately, the required seriousness was not applied, and this time they succeeded.”

The Associated Press contributed to this report