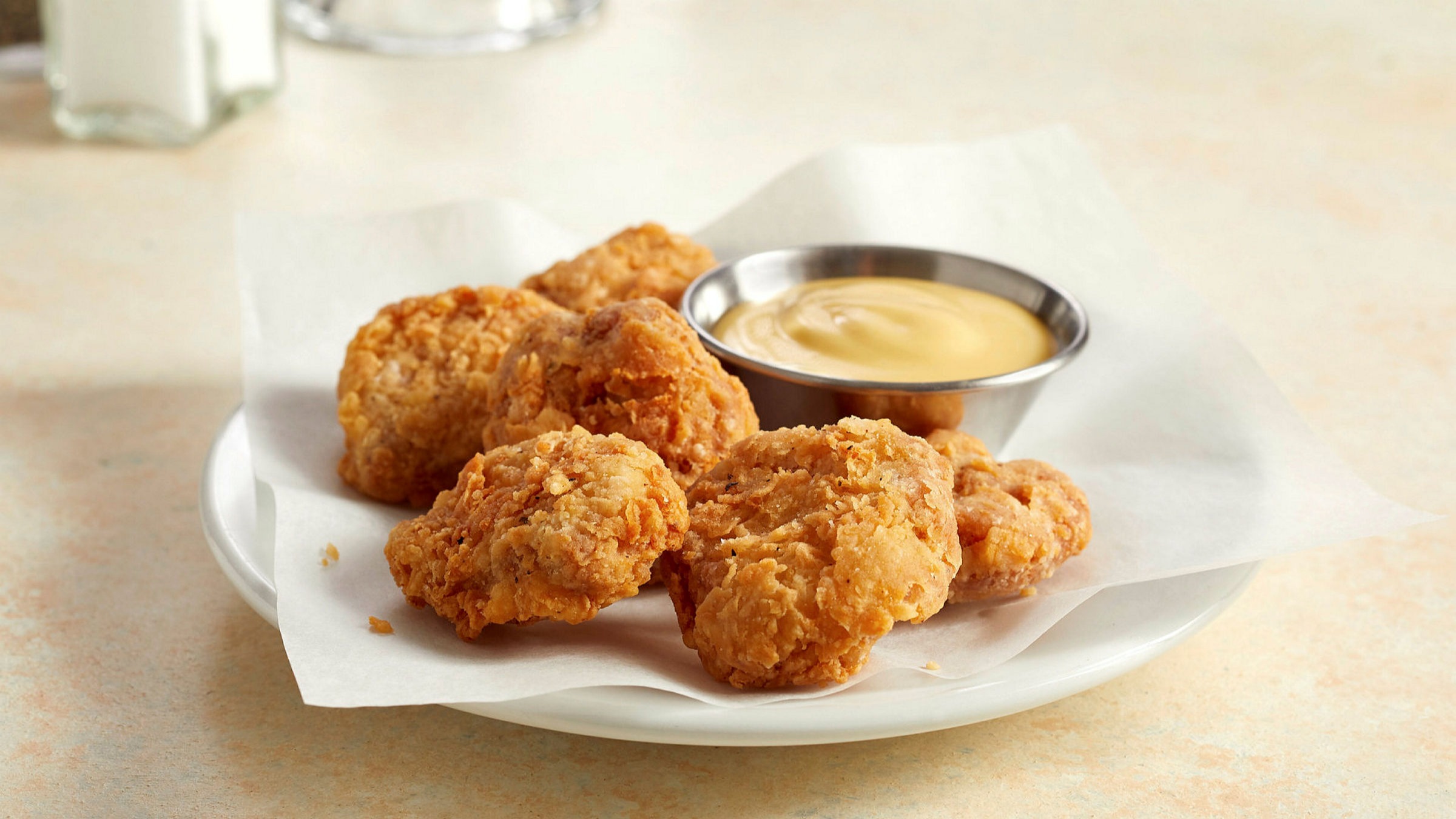 A PhD in genetics might seem like an unusual requirement for the role of head chef. It makes more sense when the man running the kitchen is not just in charge of frying your chicken burger – he created the meat himself.

“This burger takes something between two to three days to grow,” says Tomer Halevy as he chops red onions, iceberg lettuce and avocado. He proceeds to batter what appears to be a strip of raw chicken before dipping it in breadcrumbs.

Halevy uses the word “grow” because chickens do not need to be slaughtered en masse to produce this type of meat. Cells taken from “source” chickens are cultured in a laboratory, creating potentially endless supplies of muscle and fat tissue. Some cells were removed from eggs, meaning the meat is from birds that were never even born.

The result is the signature dish of a new venture in Israel, the Chicken, the world’s first cultured meat restaurant experience. Still closed to the public owing to coronavirus restrictions, the eatery near Tel Aviv opened its doors to the Guardian for the first private visit by a journalist.

Advocates for the technology argue that if cultured meat can become affordable it will be revolutionary, and not just in its potential to end, or at least significantly cut back, the meat trade. Cultured meat requires no antibiotics or drugs.

Critically, one study suggested it could potentially be produced with 96% lower greenhouse gas emissions and 99% less land – although some animal rights activists argue it perpetuates an unhealthy obsession with eating animals.

At the Chicken, bottles of red wine line the walls, black stools surround circular tables, and the warm glow of hanging bulbs lights the restaurant. The entire back wall is made of glass. Behind it is the production facility where lab-coated scientists wander around between large metal vats. It is petri-dish-to-table service.

“The meat was made on the other side of the glass. That’s true local production of meat,” jokes Ido Savir, CEO of the restaurant’s parent company, SuperMeat.

The breaded patty is deep-fried in oil, before being placed on a sweet brioche bun, flavoured by wasabi and chilli mayonnaise, with a side of sweet potato chips. Similar to many chicken burgers, it breaks and flakes when pulled apart and is extremely tender. It tastes, at least to this reporter, like a chicken burger.

Halevy, who also holds the role of head of product at SuperMeat, explains that muscle cells naturally contract when they are grown, making the fibres that result in the flakes of the burger that you would expect.

While Halevy says he could make a recreation of a chicken breast – with longer fibres and a dryer, denser bite – one was not offered, and others in the industry have said a fillet is much harder to create outside the bird.

For now, like others in the nascent industry, the start-up is focused on minced chicken. It is aiming to sell to meat companies that often reprocess chicken anyway, for example, into patties and nuggets.

Unlike reared poultry, this meat is made bespoke. It can be significantly altered in the process, depending on how it is encouraged to grow (in any shape) and what it is used in the “feed” – the water, sugar, amino acid, protein and vitamin bath the meat grows in.

This can lead to surprising possibilities. “We can have something that is between a breast and a thigh,” says Halevy. Meat from animals that are endangered could be cultured without harming them, he adds.

Under the right conditions, every 12 hours the number of cells will double, Halevy says: “If you harvest half the meat on one day, you will get the same amount the next day.”

Similar to other patties, such as the McChicken, the burger is not just meat but heavily supplemented with other ingredients to add texture and flavour. Roughly 50% is plant-based proteins, with added seasonings.

And like the chicken it serves, the restaurant is not fully fledged. There is still no regulation around cultured meat in Israel, meaning SuperMeat cannot charge customers. However, it intends to invite members of the public to try its dishes, to create a buzz. A waiver agreeing to “voluntarily assume any and all risks” must also be signed.

Savir says the aim is to take cultured meat from a scientific “dream” to reality, adding he believes it will be one or two years before he can sell it.

“This is our platform to have the first engagement,” he says. As well as the public, potential clients from food companies wanting to expand into cultured meat will be invited.

The industry was given a significant boost this week when Singapore became the first state to approve the sale of cultured meat for a “chicken bites” product, which is made using similar techniques. The US-based company that makes the nuggets, Eat Just, said they would be selling to an unnamed restaurant in Singapore.

Savir says the production cost of his chicken burger is $35, which seems high but is dramatically less than it was a few years ago. In 2013, a Dutch pharmacologist, Mark Post, made history by eating the first lab-grown beef burger. It cost about £225,000.

SuperMeat anticipates cultivated meat will get cheaper as the industry grows, possibly reaching cost parity with farmed meat in six to seven years. Reducing the price of the “feed” is vital, Savir says, which accounts for about 70% of costs, similar to conventional meat.

Even if people were to reject it, cultured meat advocates say it could be used for other purposes. In the US, dogs and cats are estimated to eat around a quarter of all meat. Perhaps the biggest hurdle, however, is the “yuck” factor. For many, the idea of lab-grown flesh remains unenticing, or even blasphemous.

“We’re not interfering. We’re just doing it in a different way,” says Savir. “Ice made in a freezer is not interfering with God – it’s using technology to do it more efficiently.”