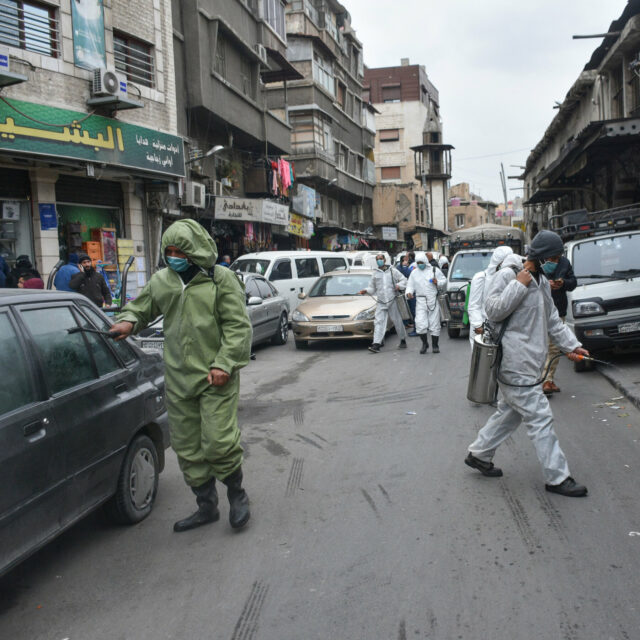 Israel’s agreement to secretly provide coronavirus vaccines for the Syrian regime to sweeten a prisoner swap deal has raised questions about whether limited global vaccine supplies could see doses become a new form of diplomatic currency.

The clandestine deal made last week, and confirmed by an Israeli source who asked for anonymity, reportedly involved Israel paying Russia $1.2m (£850,000) to send Sputnik V jabs to Syria.

While it is not clear how many doses were bought, the deal is highly contentious, not least due to questions about whether Bashar al-Assad’s regime in Damascus will distribute them equally.

It has also spotlighted Israel’s unwillingness to provide the millions of Palestinians who live under its control with significant doses, especially if it is quietly agreeing to secure potentially hundreds of thousands for an enemy state.

On Saturday, Israel’s prime minister, Benjamin Netanyahu, addressed reports of the deal by saying “not one dose of Israel’s vaccines was used”. However, he did not comment on whether his government had paid for Moscow’s supply.

Netanyahu had previously said the trade involved the repatriation of a young Israeli woman who crossed the border into Syria. In return, his government had returned two Syrian shepherds it had been holding. It is not clear why the Israeli woman entered Syria.

An unconfirmed report on Israel’s Army Radio on Sunday suggested the prime minister was now considering using vaccines as a tool to improve relations with rival Arab countries.

Israel’s military censor had initially blocked reports of the vaccine clause in the local press, but lifted the gag order on Saturday after foreign media spread the news.

Gideon Saar, a former ally of Netanyahu who now hopes to oust him in elections next month, said that the “censorship of something that Damascus and Moscow know about, and Israeli citizens don’t, is incomprehensible”.

Yoav Limor, a commentator for the rightwing daily Israel Hayom, said the prisoner swap deal was “tarnished” by the secret clause.

“It is legitimate for the Israeli government to decide to deviate from past norms and to pay with another form of currency,” he said. ‘“However, the decision to hide that is baffling and worrisome.”

The Syria vaccine deal might increase pressure on Netanyahu to use a similar method with the Hamas militant group in the blockaded Gaza Strip. The families of two Israeli soldiers whose bodies are held in the enclave have been calling for the government to use vaccines as a bargaining chip.

It will also open up the country to already established criticism from rights groups and UN officials that it should be offering vaccines to all Palestinians it occupies anyway, and without conditions.

Israel has allowed the Palestinian Authority to send 2,000 vaccine doses into the blockaded Gaza Strip, and has transferred 5,000 of its own Moderna vaccine to Palestinian medical workers in the occupied West Bank.

However, most Palestinians will have to wait much longer for vaccines. Meanwhile, all Israelis over 16 are eligible and nearly half the country has received at least one shot, allowing the government to gradually reopen the economy.

Israel says the Palestinian Authority, which is attempting to source millions of vaccines, is responsible for inoculating Palestinians.