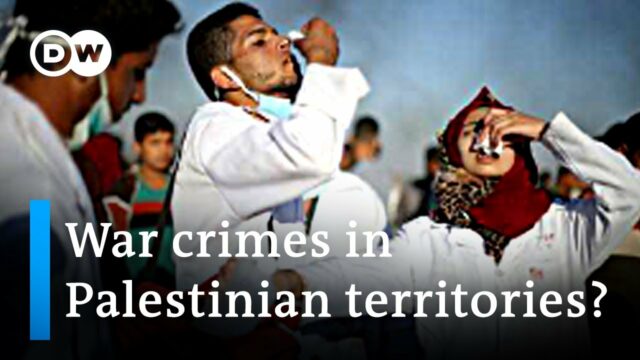 The international criminal court has launched an investigation into alleged war crimes in the Palestinian territories, including the period covered by the 2014 Gaza war, potentially placing hundreds of Israelis – including soldiers and senior political figures – at risk of prosecution.

The long-awaited inquiry, which has been fiercely resisted by Israel, follows years of deliberations over whether the ICC has jurisdiction to investigate and is expected to investigate alleged crimes committed by both Israelis and Palestinians.

Announcing the investigation, the chief prosecutor, Fatou Bensouda, said the court would look into “crimes within the jurisdiction of the court that are alleged to have been committed” since 13 June 2014.

The Gambian lawyer added that the investigation would be conducted “independently, impartially and objectively, without fear or favor”. If the investigation identifies suspects allegedly responsible for crimes, prosecutors can ask judges to issue international arrest warrants, which can remain under seal to help authorities apprehend those charged.

The move, which Palestinians and human rights groups said was long overdue, was immediately condemned by the Israeli foreign minister, Gabi Ashkenazi, as “morally and legally bankrupt”.

The Israeli prime minister, Benjamin Netanyahu, added: “The decision of the international court to open an investigation against Israel today for war crimes is absurd. It’s undiluted antisemitism and the height of hypocrisy.”

In a videotaped statement, Netanyahu added: “The state of Israel is under attack this evening.

“The ICC, which was established to prevent a repeat of the horrors the Nazis instigated against the Jewish people, now turns against the state of the Jewish people. Of course it doesn’t say a word against Iran and Syria, and other tyrannical regimes, frequently committing real war crimes,” he said.

The announcement follows a 2019 decision that there was “reasonable basis” for a war crimes probe, and a ruling on 5 February that the court’s jurisdiction extends to territories occupied by Israel since the 1967 six-day war. That ruling prompted swift rejection from Jerusalem, with Netanyahu condemning the judges’ decision as “pure antisemitism”. Joe Biden’s administration said it disagreed with ICC action against Israel; however, the US is not a party to the ICC.

While some Israeli officials have long feared that an ICC investigation was inevitable, the decision sets the stage for one of the court’s most controversial cases.

The probe is expected to cover the 2014 Gaza war, the 2018 Gaza border clashes and Israeli settlement-building in the West Bank. The inquiry will also look at whether rocket fire by Hamas and other groups from Gaza amounts to war crimes.

“The decision to open an investigation followed a painstaking preliminary examination undertaken by my office that lasted close to five years,” Bensouda said in a statement.

“In the end, our central concern must be for the victims of crimes – both Palestinian and Israel – arising from the long cycle of violence and insecurity that has caused deep suffering and despair on all sides,” she added.

“My office will take the same principled, non-partisan approach that it has adopted in all situations over which its jurisdiction is seized.”

As an international court of last resort, the ICC is only empowered to examine cases where it is complained that local jurisdictions have not taken action. While Israel is not a party to the ICC, the Palestinian Authority was accepted after it was ruled that it fulfilled the functions of a state.

The Palestinian Authority welcomed Wednesday’s move. “This long-awaited step serves Palestine’s vigorous effort to achieve justice and accountability as indispensable bases for peace,” the Palestinian foreign ministry said. It called for concluding the investigation quickly because “the crimes committed by the occupation’s leaders against the Palestinian people are lasting, systematic and far-reaching”.

The Palestinians joined the court in 2015 and have long pushed for an investigation.

In the past, Israeli officials have accused the court of overstepping its bounds, saying the Palestinians are not an independent sovereign state.

Responding to the announcement, the Israeli president, Reuven Rivlin, described it as “scandalous.”

“We will not accept claims against the exercise of our right and our obligation to defend our citizens. The state of Israel is a strong, Jewish and democratic state which knows how to defend itself and to investigate itself when necessary.

“We are proud of our soldiers, our sons and daughters, the essence of our people, who stand guard for their country generation after generation, a defensive wall against all those who seek our harm.”

The investigation will probably also look into alleged crimes by Palestinian militants. Bensouda has said her probe would examine the actions of Hamas, which fired rockets into Israel during the 2014 war.

Hazem Qassem, a Hamas spokesperson in Gaza, told Reuters: “We welcome the ICC decision to investigate Israeli occupation war crimes against our people. It is a step forward on the path of achieving justice for the victims of our people.

“Our resistance is legitimate, and it comes to defend our people. All international laws approve legitimate resistance,” said Qassem.

Israel blames Hamas and other militant groups for Palestinian war casualties, saying the militants use residential areas as cover to launch rockets and leave the military no choice but to strike back.

Bensouda said that priorities in the investigation would be “determined in due time” based on constraints including the coronavirus pandemic, limited resources and prosecutors’ existing heavy workload.