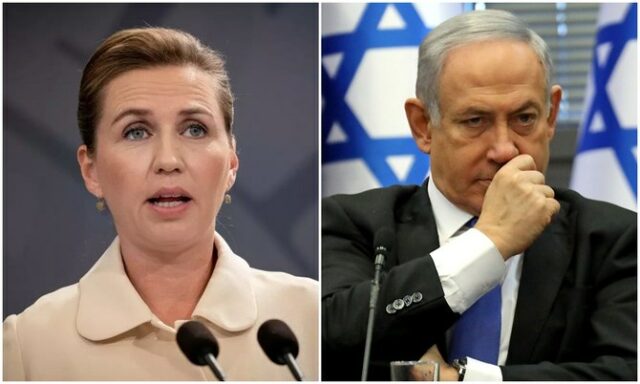 Denmark’s prime minister, Mette Frederiksen, is under pressure to drop plans to work with Israel on vaccines, as political allies demanded that surplus doses be shared with Palestinians instead.

Frederiksen and the Austrian chancellor, Sebastian Kurz, will visit the Israeli prime minister, Benjamin Netanyahu, on Thursday to discuss a joint project on producing vaccines for any future coronavirus variants.

Before leaving for Tel Aviv the Danish prime minister said that options under discussion would range from the joint financing of new factories for production to the purchase of doses surplus to the successful Israeli vaccination programme.

“I do not rule out any ideas – not even to build factories,” she said. “We are happy to buy vaccines from countries that cannot use them – either because they do not have time to roll them out at the same rate as us, or for other reasons.”

But the announcement of a potential tie-up with Israel has received a sceptical airing in some quarters at home, with the Politiken newspaper publishing an editorial headlined: “Israel’s apartheid vaccination policy is a disgrace. Mette Frederiksen should condemn it – not beg vaccines of Israel.”

According to the latest health ministry data, 52% of Israel’s population have been administered with a vaccine jab, making it a world leader. But Netanyahu’s government agreed only last Sunday to vaccinate tens of thousands of Palestinians holding permits to work in Israel and the settlements after heavy criticism over the small number of jabs given to those under occupation in the West Bank and in Gaza.

Human rights organisations have argued that international law requires Israel to provide Palestinians with similar access to vaccines as its own citizens. The Palestinian Authority has said it has received just 2,000 doses from Israel and 10,000 from Russia.

Søren Søndergaard MP, a spokesman for foreign affairs for the leftwing Red-Green Alliance group, which supports Frederiksen’s minority Social Democrat government, said: “Denmark should not give Israel’s occupation and policies of apartheid [approval] in the urge to deliver vaccines to the Danish public.

“We should not rely on Israel, an occupier of 54 years, to produce vaccines for us. Apartheid and global solidarity in time of the pandemic do not go hand in hand.

“It would be a historic mistake for Denmark to cooperate with Israel as long as Israel does not live up to its obligations under international law. Instead, we should demand of Israel to provide the Palestinians with the vaccines, which they have a rightful claim to.”

Frederiksen relies on the support of the Socialist People’s party, the Red-Green Alliance and the Social Liberal party to pass its legislative programme. Austria’s chancellor said this week that the EU’s vaccination roll-out, which has been bedevilled by supply problems, was “too slow”. According to the latest data, about 7% of the EU population have received a jab compared with 31% in the UK.