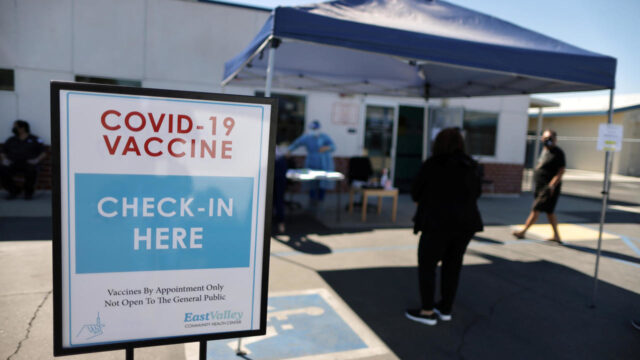 Speaking in a video message on Monday afternoon, Draghi said: “The pandemic is not yet defeated but we can glimpse, with the acceleration of the vaccine plan, an exit path which is not distant.”

Health minister Roberto Speranza said on Sunday that the government aims to vaccinate all Italians by the summer.

Tuesday marks a year since Italy became the first European country to impose a tough lockdown, which lasted for two months. The country is currently using a coloured, tiered-system of various restrictions across its 20 regions depending on the severity of the virus’s spread and capacity of hospitals to deal with it, and further measures are expected to be announced in the next few days.

Draghi said that passing the “terrible threshold” of 100,000 deaths was something “we would never have imagined a year ago”.

He added that the vaccination programme will be “decisively strengthened” in the next few days, with the jab going first to the most fragile people and categories at risk. On Monday, Italy also approved the use of the AstraZeneca vaccine in people over the age of 65.