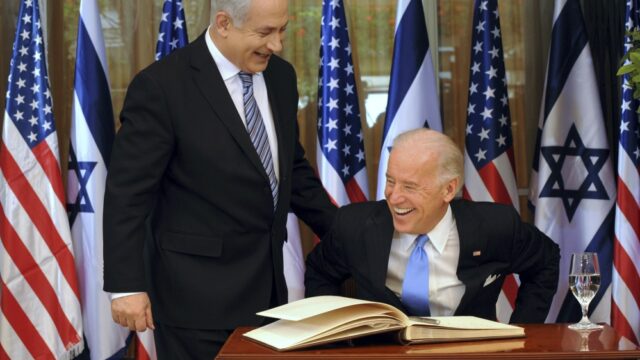 One of the grimmest aspects of the conflict that has unfolded over recent days is its sheer familiarity, especially to those living through it. Even the youngest have faced this violence too many times before: the Norwegian Refugee Council reported that 11 of the children killed by Israeli airstrikes in Gaza over the past week were participating in its psychosocial programme to help them deal with trauma. In all, 228 Palestinians in the Gaza Strip have died, at least 63 of them children, while 12 people in Israel, including two children, were killed by rockets fired by Palestinian militant groups. Both parties disregard the lives of civilians. But it is overwhelmingly Palestinian children who are dying, losing parents or siblings, and whose homes, schools and health services are being hit.

A lull in the violence on Wednesday night offered some hope, with reports that Hamas and Israeli military sources were talking of a possible ceasefire. Both parties appear to be looking for an exit, though it could be some way off, and plenty could go wrong in the meantime. Joe Biden has just strengthened his language, telling Israel’s prime minister, Benjamin Netanyahu, in a phone call that he “expected a significant de-escalation today on the path to a ceasefire”. This too is familiar: the US beginning by talking only of Israel’s right to defend itself, and blocking efforts to exert pressure at the UN, but talking tougher once a resolution looks more plausible (whether to use limited leverage wisely or, less generously, to look like it has influence).

The administration is said to believe it is better to lobby in private than pronounce in public; while such formulations are often convenient, it does appear to have been pressing harder behind the scenes. The approach reflects the president’s style of business and the bitter experience of the Obama administration, for which Mr Netanyahu showed such contempt – eventually prompting the US to refuse to veto a landmark UN vote demanding a halt to settlements in the occupied territories. But Donald Trump’s unalloyed enthusiasm for Mr Netanyahu, and the gifts he handed over, weakened the Palestinians and emboldened the Israeli prime minister.

Mr Trump’s successor has returned to the status quo ante in US relations with Israel. But something has changed: his party and parts of the public are shifting. An influx of progressive Democrats to Congress, and the energy of the Black Lives Matter movement, have brought renewed support for the Palestinian cause. Many in the American Jewish community, particularly in younger generations, are increasingly critical of Israel. This time, the conflict appears to have captured public attention.

Mr Biden has plenty to preoccupy him at home and internationally. Essentially, he wants all this to go away. But this latest violence has shown that it will keep returning until the real problems are addressed. The injustice of occupation has been compounded as settlements change the facts on the ground to make a viable Palestinian state look ever less possible, while Israel denies its Palestinian citizens the same rights as Jews. The US may prefer not to think about all this for now. But in the long run, Israel may find that it cannot count on such a compliant partner.