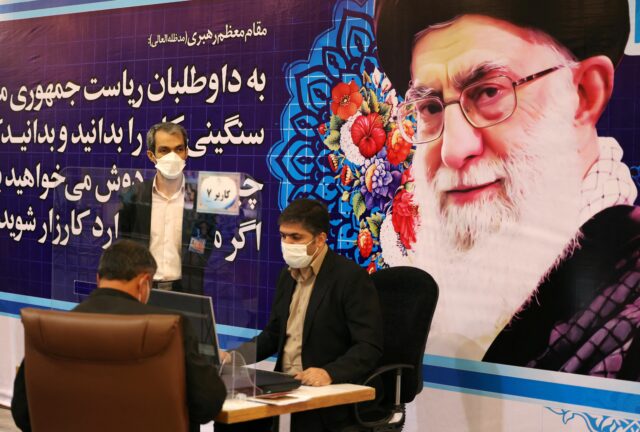 Iran’s beleaguered voters do not have much of a choice in this Friday’s presidential election. The regime, dominated by the supreme leader, Ayatollah Ali Khamenei, a fiercely anti-western conservative, has cynically manipulated the contest to ensure that a like-minded hardliner, most probably Ebrahim Raisi, head of the judiciary, wins.

While the result is hardly a cliff-hanger, its impact may nonetheless be far-reaching – in Iran and internationally. The possibly negative consequences for talks on curbing Iran’s nuclear programme, for peaceful relations with Israel, Saudi Arabia and the west, for the wars in Syria and Yemen, for the geopolitical balance and for Iran’s own citizens are alarming.

Iranians have never been well served by the fundamentalists who hijacked the 1979 Islamic revolution. This extraordinary country, rich in human talent, culture, history and resources, is woefully misgoverned. Yet matters have gone from bad to worse since the last presidential poll in 2017, thanks mainly to incompetent, corrupt leadership and American malevolence.

Efforts by Hassan Rouhani, the current centrist president, to improve ties with the west were crucially undermined in 2018 when Donald Trump reneged on the UN-approved nuclear deal with Tehran and imposed punitive sanctions. This breakdown emboldened hardliners who already controlled key ministries and the Islamic Revolutionary Guard Corps (IRGC).

Ensuing, severe economic problems, and accompanying social unrest, were met by deadly crackdowns on protesters and civil society activists, notably in 2019; by increased executions and imprisonment of political opponents; and by rising anti-western antagonism, exemplified by Raisi’s inhumane treatment of innocent dual nationals such as Nazanin Zaghari-Ratcliffe.

All this has had an understandably chilling effect on democratic engagement, in particular among younger Iranians who despair of positive change. Election turnout is predicted to fall below 40% as social media posts urge a boycott under the hashtag “No Way I Vote”. Low participation would hurt regime credibility, but hardliners will lose no sleep over that.

By fixing the election, Khamenei, supreme leader since 1989 and now aged 82, has moved closer to achieving his religiously and ideologically defined ideal of a devout “Islamic society” cleansed of secular and western taints. He aims to project Iran as a model for Muslim-majority countries around the world. Aides speak of a need to “purify the revolution”.

This old man’s dreams are dangerous in the extreme. If his protege Raisi wins, he is expected to extend Khamenei’s policy of packing the government with supporters from the IRGC and Basij paramilitaries. Hopes of domestic reform and a new start with Europe and Saudi Arabia, encouraged by recent informal contacts, may be dashed. Instead, Tehran will probably move closer to China and Russia.

In grave jeopardy, too, will be indirect negotiations with the US on reviving the nuclear deal, which approach a climax in Vienna this week. Washington has offered a partial lifting of sanctions in return for renewed Iranian compliance. But a last-minute success for Rouhani would not suit many hardliners. Like Israeli hawks, they would be happy if the talks collapsed.

Speaking of which, the much-anticipated defenestration this week of prime minister Benjamin Netanyahu and the formation of a new government in Jerusalem will do little to reduce tensions. Whoever is in charge, Israel remains committed to a semi-covert shadow war, evidenced by its recent attack on Iran’s Natanz nuclear facility.

If victorious on Friday, Iran’s hardliners can also be expected to continue, and may crank up, pressure on Israel via proxies in Gaza, Syria and Lebanon. Buoyed by success, they could incite Hamas to resume hostilities, spark more trouble in the Gulf or rekindle the smouldering conflict in Yemen. Recent Shia militia drone attacks on US forces in Iraq point to another area of possible escalation.

Perhaps such worries are overblown. Let’s hope so. Yet this election travesty has again demonstrated an uncomfortable truth: for all the hostility directed at it from abroad, Iran remains its own worst enemy.