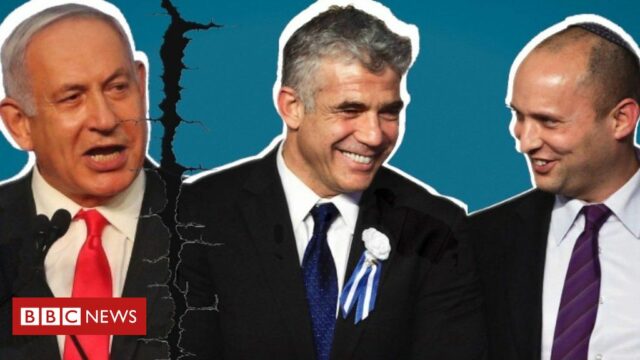 Israel’s longest-serving leader, Benjamin Netanyahu, was ousted from office on Sunday by a coalition of rival parties from across the political spectrum. Yair Lapid, a centrist former TV news anchor, won a confidence vote in parliament by 60 to 59 seats giving the new coalition a razor-thin majority.

The Guardian’s Jerusalem correspondent, Oliver Holmes, tells Rachel Humphreys that Netanyahu’s downfall was marked by jubilant celebrations from his political opponents. But the new coalition of eight parties is far from stable. Dahlia Scheindlin tells Rachel that despite the momentous week in Israeli politics it may not produce a significant change of course on the biggest issues facing the country. And it may not be the last act for Netanyahu in Israeli politics.