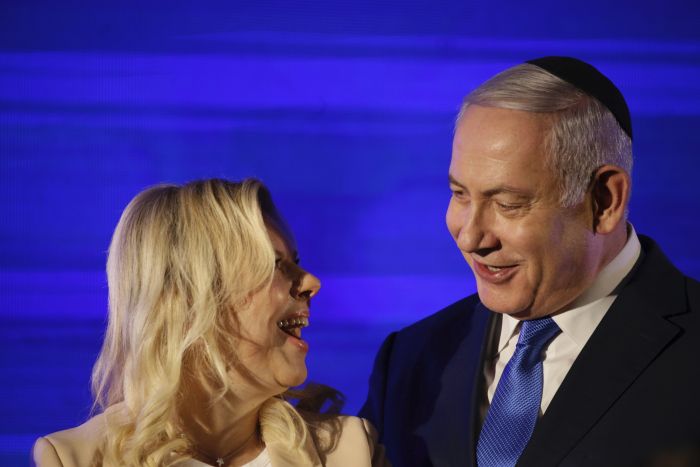 Israeli Prime Minister Benjamin Netanyahu dismissed police recommendations that he be indicted for bribery on Sunday, speaking at a Likud party event marking the first night of Hanukkah.

The Israeli leader insisted that the claims against him were baseless, calling the recommendations and the case a “transparent, so petty, and contaminated process from the beginning.”

Netanyahu argued there was nothing suspicious or illegal with him being in contact with major media outlets owners after police recommended indictment for bribery over allegations that he pushed regulations benefiting Bezeq telecoms in exchange for positive coverage from its Walla news site.

Netanyahu accused investigators and the Israeli news outlets for specifically singling him out. “No Bibi, no investigation,” he claimed was the motto of investigators, Netanyahu said, referring to himself by his nickname.

The prime minister, who has been embroiled in a series of bribery cases, insisted in his remarks that the 4000 case recommendations were another political witch-hunt, speaking out against media “brainwashing” against him.

The prime minister compared the recommendations to the Jewish holiday, known as the festival of lights, saying Hanukkah celebrates “the victory of light over darkness,” telling his Likud supporters that light will always win out.

“A true Hanukkah miracle. What a beautiful present they gave us for the holiday,” Netanyahu said, noting the timing of the police announcement.

“The witch-hunt against us continues,” Netanyahu continued. “I wasn’t surprised the recommendations were published, or that they were published today.” 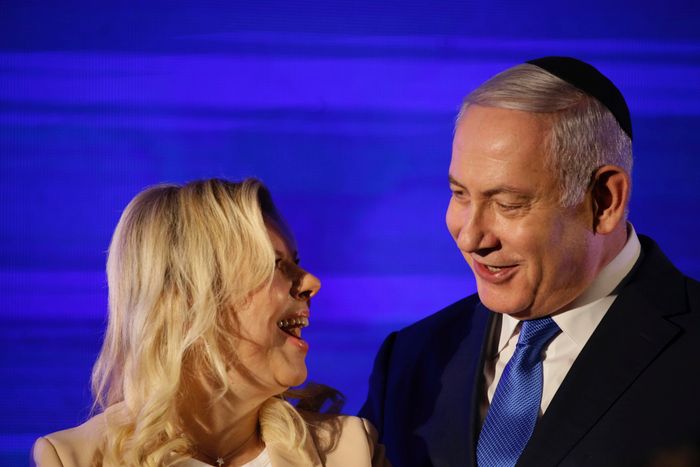 Israeli police on Sunday recommended indicting Prime Minister Benjamin Netanyahu and his wife Sara for bribery and other offenses, the third such recommendation against the premier in recent months, in a case centered on allegations of regulatory benefits granted telecommunications giant Bezeq in exchange for positive coverage from a related media company.

The case, dubbed “Case 4,000” to differentiate it from a slew of other investigations into the affairs of the prime minister and his inner circle, centers on allegations that Netanyahu made concessions benefiting Bezeq’s controlling shareholder Shaul Elovitch in exchange for positive media coverage of him and his wife Sara on Elovitch’s popular news website Walla.

The “main suspicion is that the PM took bribes and acted in a conflict of interest by intervening and acting in regulatory decisions that favor Shaul Elovitch and the Bezeq Group,” police said in a statement on Sunday morning.

Netanyahu “bluntly intervened, sometimes on a daily basis, with the content being published on the Walla news website, and sought to influence the appointment of senior employees (editors and reporters), while using their ties to Shaul and Iris Elovitch,” police added.

Police said there was evidence to charge Netanyahu with bribery, fraud, breach of trust and unlawful acceptance.

They recommended Sara Netanyahu face charges of bribery, fraud, breach of trust and obstruction of evidence.

Police have recommended Elovitch also be charged for his role in the alleged bribery scheme.

Czech Home, feted as ‘first step’ in embassy transfer, opens in Jerusalem – The Instances of Israel