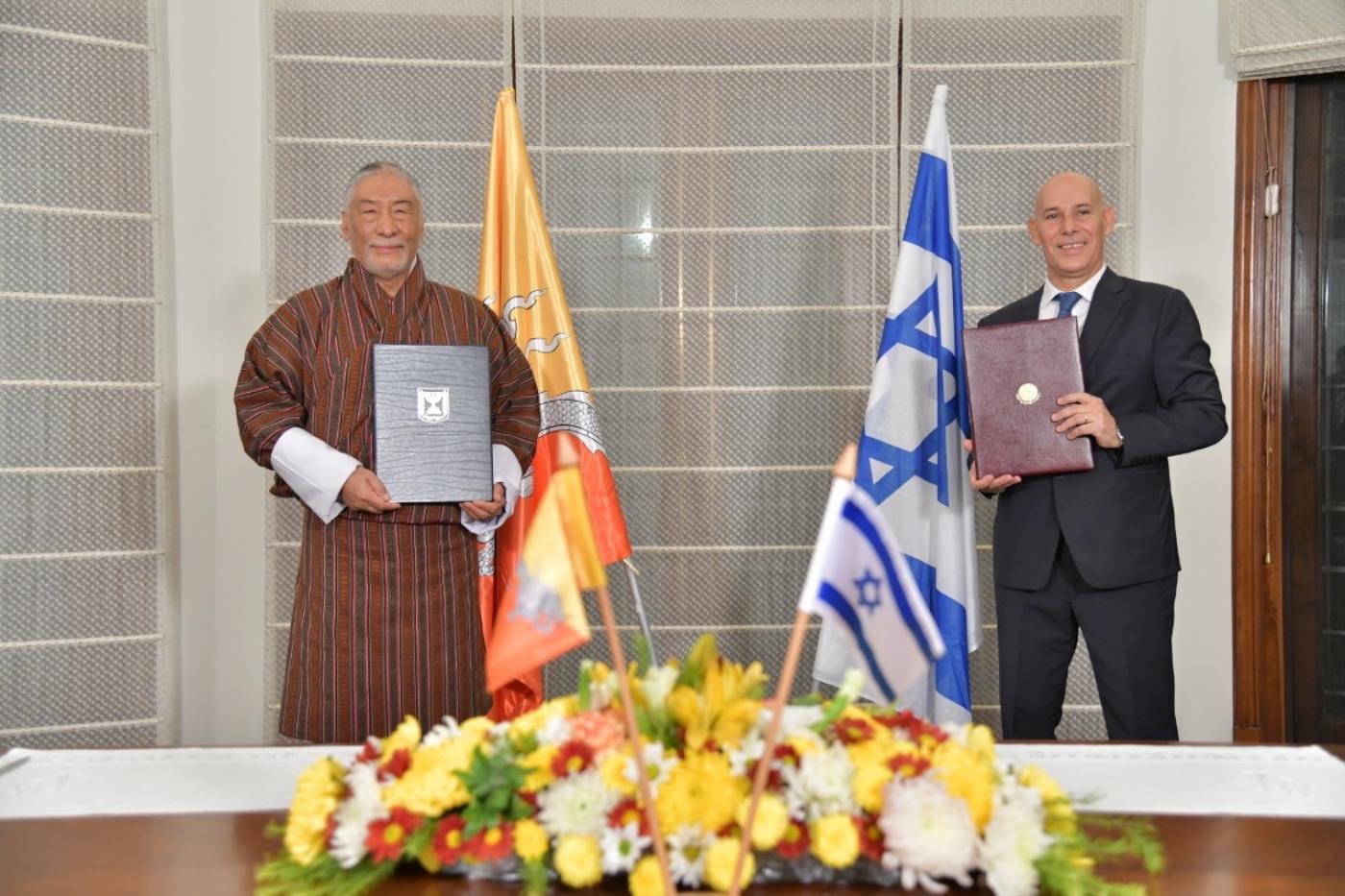 Israel established diplomatic relations with the Himalayan kingdom of Bhutan on Saturday, the Israeli foreign ministry said, in the latest of a string of normalisation deals agreed by the Jewish state.

“The circle of recognition of Israel is widening,” the Israeli foreign minister, Gabi Ashkenazi, said in a statement. “The establishment of relations with the Kingdom of Bhutan will constitute a new stage in the deepening of Israel’s relations in Asia.”

The Israeli prime minister, Benjamin Netanyahu, hailed the agreement, saying in a statement that Israel was “in contact with other countries that want to establish relations with” the Jewish state.

The deal with Bhutan comes days after Morocco agreed to normalise relations with Israel, the fourth Arab state to do so since August.

According to some analysts, other countries could follow, including Saudi Arabia, Oman, and Asian countries traditionally opposed to Israel, such as Indonesia.

Ron Malka, the Israeli ambassador to India, said he signed the agreement with his Bhutanese counterpart, Maj Gen Vetsop Namgyel, on Saturday to establish “formal diplomatic relations”, calling it a “historic day”.

“This agreement will open up many more opportunities for cooperation for the benefit of both our peoples,” Malka said on Twitter.

Today 🇮🇱 & 🇧🇹 established formal diplomatic relations. I was honored & excited to be part of this historic moment & to sign the official note. This agreement will open up many more opportunities for cooperation for the benefit of both our peoples 🇧🇹🤝🇮🇱 pic.twitter.com/OBD8esreZQ

Photographs he posted showed officials from the two countries signing documents and shaking hands with beaming smiles at the Israeli embassy in New Delhi.

A joint statement on the deal said key areas of cooperation between the two countries would include economic, technological and agricultural development. It added that “the ties between the peoples through cultural exchanges and tourism would also be further enhanced”.

Israel has supported Bhutanese “human resource development since 1982, especially in the area of agriculture development that has benefited hundreds of Bhutanese youths”, according to the statement, which highlighted the “cordial” relations maintained between the countries despite a lack of formal ties.

The remote Buddhist kingdom, a country of less than a million people, is wedged between its giant neighbours, China and India. Bhutan has tried to shield itself from the downsides of globalisation, striving for “gross national happiness” over GDP growth, maintaining a carbon-negative economy, and keeping tourist numbers down with a daily fee of $250 per visitor in high season.

The changing face of Bhutan – in pictures
Read more

The capital Thimphu has no traffic lights, the sale of tobacco is banned and television was only allowed in 1999. Archery competitions, with liberal amounts of the local firewater, are a national craze.

But the “Land of the Thunder Dragon” also has its problems, among them corruption, rural poverty, youth unemployment and criminal gangs.

While Bhutan is proud of its cultural and political independence, it also has diplomatic relations with some 50 countries, and knows it will have to open up. The kingdom became a member of the United Nations in 1971.

Israel’s deals in recent months with the four Arab states – the United Arab Emirates, Bahrain, Sudan and Morocco – were brokered by the administration of the US president, Donald Trump, who leaves office in January.

Since the UAE and Bahrain deals known jointly as “the Abraham Accords”, the Gulf states have signed deals with Israel ranging from tourism to aviation and financial services.

Bhutan does not have diplomatic ties with any of the five permanent members of the UN security council, which includes the US, according to a US state department bilateral relations fact sheet.