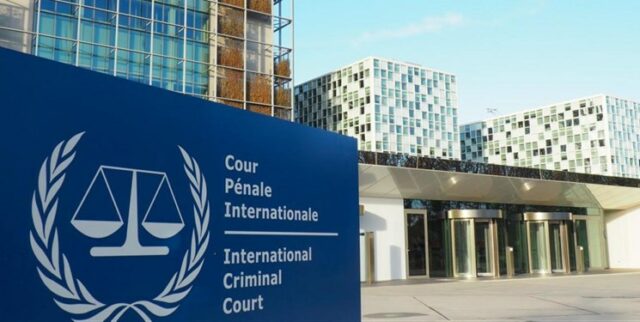 The date of 13 June 2014 listed by the international criminal court’s chief prosecutor, Fatou Bensouda, as the starting point for its investigation into potential war crimes committed by Israelis and Palestinians is a significant one.

The day before, as that year’s World Cup opened, three Israeli teenagers were kidnapped and murdered by a Hamas cell on the West Bank while hitchhiking in the occupied Palestinian territories.

Tensions escalated rapidly: Israel would within weeks launch its third war against Hamas in the Gaza Strip while Palestinian militants would launch rockets into Israel.

It was one of the deadliest conflicts between the two sides in decades. On the Palestinian side, more than 2,100 people – including civilians – were killed during 50 days of fighting. On the Israeli side, 67 Israeli soldiers and five civilians were killed.

If this conflict was different from previous wars, however, it was in the immediate recognition by some Israeli officials that there was a serious risk of investigation by the ICC that could ultimately lead to Israeli soldiers and politicians in the chain of command being investigated for war crimes.

That realisation prompted the Israeli military to quickly launch investigations by its military advocate’s department into some of the most controversial incidents in the conflict – a move that some critics suggested was designed to show that Israel had in effect investigated allegations even though it is not party to the international court.

The reality, however, is that the issue never went away – for reasons of both international politics and jurisprudence.

One year later, with the Middle East process moribund – and with memories of the conflict still raw – the Palestinian president, Mahmoud Abbas, became a signatory to the ICC and the Rome statute governing it, over Israeli objections that no Palestinian sovereign state existed and it was ineligible to join.

Part of the motivation for joining the ICC was the Palestinian Authority’s desire to “internationalise” a failed peace process long dominated by Washington. But the move marked a determination to pursue Israel in the court – not just for the 2014 war, but also for Israel’s continued policy of settlement-building and occupation.

In recent years Palestinians have won a series of victories, which began with the court’s key ruling that Palestinians had enough attributes of statehood to be a signatory and enter a complaint.

Then came the court’s ruling on 5 February that it had jurisdiction in the matter, opening the way for the announcement of Wednesday’s investigation.

While that decision has been described by Israel’s prime minister as “antisemitic”, what is clear is that the prosecutor’s office seems determined to examine alleged crimes on both sides including by Hamas.

And while the investigation and any trials that might follow could take years, the impact is already being felt.

Within hours of the announcement, the Israeli newspaper Haaretz was reporting Israeli plans to brief hundreds of senior security officials, past and present, over the risk of their exposure to prosecution. The country may warn them not to travel abroad once the investigation is launched over risk of arrest.

Among those who could be at risk, according to Haaretz, is Israel’s defence minister and leader of the Blue and White party, Benny Gantz, who was military chief of staff in 2014. And if there is a wider risk for Israel, it is that the broad framing of the probe will allow an investigation of other alleged crimes including Israeli settlement-building in the occupied territories.

As Matthew Cannock, the head of Amnesty International’s centre for international justice, put it: “This is a momentous breakthrough for justice after decades of non-accountability for war crimes and crimes against humanity.

“The ICC investigation provides the first genuine prospect for thousands of victims of crimes under international law to gain long overdue access to justice, truth and reparations.

“It is also a historic opportunity to finally put an end to the pervasive impunity that has driven serious violations in the occupied Palestinian territories for more than half a century.”