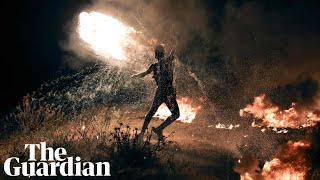 As expectations of a ceasefire between Israel and Palestinian fighters in Gaza increase, the longtime foes are poised to turn their attention away from military action and on to constructing competing narratives of victory.

Already, the groundwork is being laid. Unnamed Israeli defence officials are being quoted in local media as saying they are satisfied with the damage inflicted. And a militant source in Gaza said: “For us, the battle achieved its goals.”

In big picture terms, nothing has changed. Hamas remains in charge inside the Gaza Strip, over which Israel continues to maintain a blockade. At least 230 Palestinians have been killed, including 65 children, and 12 people in Israel, including two children.

The Israeli military says the 11 days of intense airstrikes have killed scores of fighters and destroyed weapons and rocket stores. In what is being promoted as its crowning achievement, Israel says its airstrikes have obliterated a miles-long underground network of Gaza tunnels dubbed the “Metro”.

Not everyone in Israel is impressed. “While it is true that the targets that have been attacked in the past few days have been damaging to Hamas, at the end of the day that has merely been more of the same,” wrote commentator Yossi Yehoshua in the Israeli daily, Yedioth Ahronoth.

Israel considers Hamas a serious threat, but not an existential one, and has made calculated decisions not to use its full force. Three wars have taught the government that moving in to Gaza with ground troops leads to the deaths of young soldiers, which is extremely unpopular with the public.

Instead of a decisive blow, this operation appears to have been a continuation of what has long been described as “mowing the grass”. That involves curtailing Hamas’ ability to build up its weapons arsenal and gain a military advantage by attacking it every few years.

Yair Lapid, the head of Israel’s opposition, said the army had achieved “impressive results”, including its destruction of the “Metro”. Still, he said the government had done little to prevent another round of fighting in the future.

“After 11 days of operation, every Israeli citizen will ask themselves: What did the government actually want to achieve in the military operation? … What will happen in a year or two? Did the current operation prevent the next round?”

Meanwhile, tough questions are being raised inside Israel around whether the prime minister, Benjamin Netanyahu, had personal motives for the lengthy campaign.

The escalation in Israeli-Palestinian tensions that preceded the conflict came as the country’s longest-serving leader faced a serious threat to his rule, having failed to form a governing coalition.

Lapid had been given the mandate to form a government and appeared to be making progress attempting to court both far-right Jewish politicians and Arab parliamentarians. Closing that gap appeared impossible after any goodwill was shattered following a police crackdown on Palestinians in Jerusalem that sparked the nearly two weeks of airstrikes and rockets.

If Lapid fails to form a government by a 2 June deadline, Netanyahu will be handed a political lifeline as a snap election will be called, giving him another chance at power.

Israel’s Maariv newspaper quoted what it said was a senior political adviser in Netanyahu’s ruling Likud party on Thursday who accused him of “taking the country hostage” and “racing” towards an election.

“Netanyahu is [using] the operation in Gaza to draw out the days of the mandate that was given to … Yair Lapid to form a government, without any real plan.”

At the same time, the violence has taken the focus away from the prime minister’s corruption trial, on charges he denies, and allowed him to reclaim his domestic nickname as “Mr Security”. In regular national television announcements, the 71-year-old has projected a calm, stern demeanour.

The conflict has also been seen as a way for Hamas to sideline its political rivals under the Palestinian Authority president, Mahmoud Abbas, a member of the Fatah movement who has been criticised for cooperating with Israel. A decision by Abbas, 85, to postpone planned elections this year had already created a sense of frustration for Palestinians, whose last parliamentary ballot was in 2006.

It fired its opening salvo after Israeli police stormed Jerusalem’s al-Aqsa mosque and in an attempt to position itself as the protector of the sacred site, said its rockets were a response to Israel’s “crimes and aggression in the holy city”.

Thomas Alan Schwartz, professor of history and political science at Vanderbilt University, said the recent flare-up was a “depressing example of how … domestic politics” can drive a violent escalation.

“In Israel … the fact that a political rival of Netanyahu is trying to assemble a new coalition to oust Netanyahu encourages the prime minister to act tougher.”

Whereas in Gaza, he said, Hamas’s goal was “to position itself as the foremost defender of Palestinian interests”.