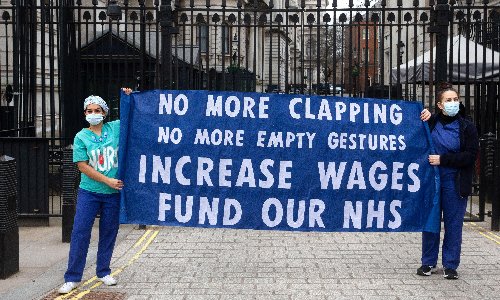 Jaffa is one of the oldest cities in the world. It was the metropolis of Palestine, until it was conquered by Israel in 1948 – most of its Palestinian population then became refugees, and the city was absorbed into Tel Aviv one year later.

For decades the city was simply seen as the backyard of Tel Aviv. But in recent years, Israeli Jews like me started discovering its charms, and a process of gentrification began pushing poor Palestinians out of the city. This process creates many tensions, and is enabled by the fact that most Israeli Jews see Jaffa as a haven of coexistence, where they can eat hummus and other Palestinian foods in peace.

Today, this image of coexistence has been shattered. Many Jewish residents have left the city in recent weeks, and the Palestinians are on the receiving end of what looks like an organised attack from the Israeli police and the far right. Palestinian friends from all over the city have told me how they are now spending the night: awake, with a baseball bat to hand, sitting next to the door or on the roof, waiting for the attackers to come.

I have lived in Jaffa, and raised my two children here, for eight years, and I’ve never seen anything like this. It started last week, after Israeli police invaded al-Aqsa mosque in Jerusalem and clashed with Palestinian protesters. On 10 May, a peaceful solidarity protest in Jaffa, with many women and children present, was violently dispersed by the Israeli police using stun grenades and horses.

The police presence in Jaffa is always heavy. But after that evening, the streets of the city were filled with what looked like a battalion of heavily armed border patrol units. Two days later, a Palestinian was attacked by a mob of far-right Israeli protesters in the neighbouring city of Bat Yam – with no police around.

Palestinian youths in Jaffa organised themselves to defend their streets, homes and mosques. Some of them also attacked Israeli symbols. An Israeli soldier was hospitalised after receiving a stone to the head. Someone also tried to torch the nearby synagogue, but the Muslim next-door neighbour put out the fire before it spread.

The breaking point came on Friday 14 May, when a firebomb was thrown through the window of a Palestinian family’s home. A 12-year-old child was seriously wounded and his 10-year-old sister was lightly hurt (he is now in moderate condition).

The following afternoon, local store owners hurried to close their shops, telling me they were going home to protect their children before sunset. Outside the few Palestinian-owned shops that stayed open that night and the following nights groups of teenagers and young men were standing guard, in case the rioters came. They knew that if that happened, there would be no one to defend them but themselves.

Almost everybody in Jaffa has seen, with their own eyes or in videos from other mixed cities inside the ’67 lines, how rightwing rioters have been attacking Palestinians as the police have looked the other way – or actively helped out. If and when the police arrive as Israelis and Palestinians are confronting each other, the ones who receive the stun grenades are the young Palestinians.

Everybody here knows that the police could have stopped the far-right rioters from entering Jaffa. But they have been too busy. Busy throwing stun grenades at houses in the middle of the night just to intimidate the locals; busy confiscating scooter keys and throwing them in the bushes; busy taking the air out of bike tyres of Palestinian teenagers. For their part, the police claim they are only in Jaffa to restore law and order to the streets and “stop the rioters”.

The truth must be told: it is not safe for Jews to walk the streets of Jaffa these nights, especially where nobody knows them. Groups of young men have been walking around the streets at night and stopping anyone unfamiliar. Some of the Palestinian youths also take out their fear, rage and frustration on Israeli symbols – especially bins and cars with Hebrew writing in or on them.

As for the firebombing, no one in Jaffa really believes the Israeli police version – that Palestinian arsonists misidentified the house and threw a firebomb through a window surrounded with Ramadan decorations. People here understand that if a local “would like to attack Jews”, he has so many obvious targets.

Palestinians in this city were already being slowly dispossessed by the steady process of expulsion through economic means – the gentrification that I’m also part of. Palestinian activists and residents in Jaffa speak of a huge disappointment in the mayor of Tel Aviv-Jaffa – whom they see as siding with the police.

This has all been hardly covered in the Israeli press. It is mainly presented as a story of “Arab rioters” looking to hurt Jews; little on the state violence coming the other way. Meanwhile, Benjamin Netanyahu is defining the “rioters” as terrorists, and promises to treat them accordingly. People are reporting secret service men appearing in the streets. But 73 years after the Nakba, the Palestinians of Jaffa are determined to prevent something similar happening again. They are inviting anyone to show solidarity and to stand with them. Those who look the other way will be remembered as accessories to these crimes.